As builders of removable hangars, at VALL we know that this type of solution is as important for commercial airlines as it is for emergency and military aeronautical uses.

Natural disasters such as the recent eruption of a volcano on La Palma have reminded us of the importance of civil engineering in emergencies, natural disasters and other risk situations.

Fortunately, in the vast majority of cases the use of a removable hangar is not due to an emergency situation with risk for the population. In general, its use is concentrated in specific situations of need for companies. But it is an option that can contribute to help in specific moments and situations in which there is no time for definitive constructions.

Do you know the most common uses of a removable hangar and the advantages it provides for aeronautics?

These are the most frequent situations where, in recent months, the request of a removable hangar builder have been needed:

The lack of travellers during the worst months of the pandemic meant that the large airline industry needed hangars to store their aircraft while they were not in use. The best way to keep them in good condition was not outdoors, but indoors. Large airports in major cities, and even small, almost disused airports, they turned into warehouses for idle aircraft.

Faced with the enormous cost of maintaining these vehicles, some were retired prematurely. But the vast majority were stored at airports and in places with better economic conditions, and even parked in deserts.

It was impossible to know when the sector would resume. When commercial aircraft would return on a massive scale. So, in every corner of the world, removable aircraft hangars were built and kept protected for as long as necessary. 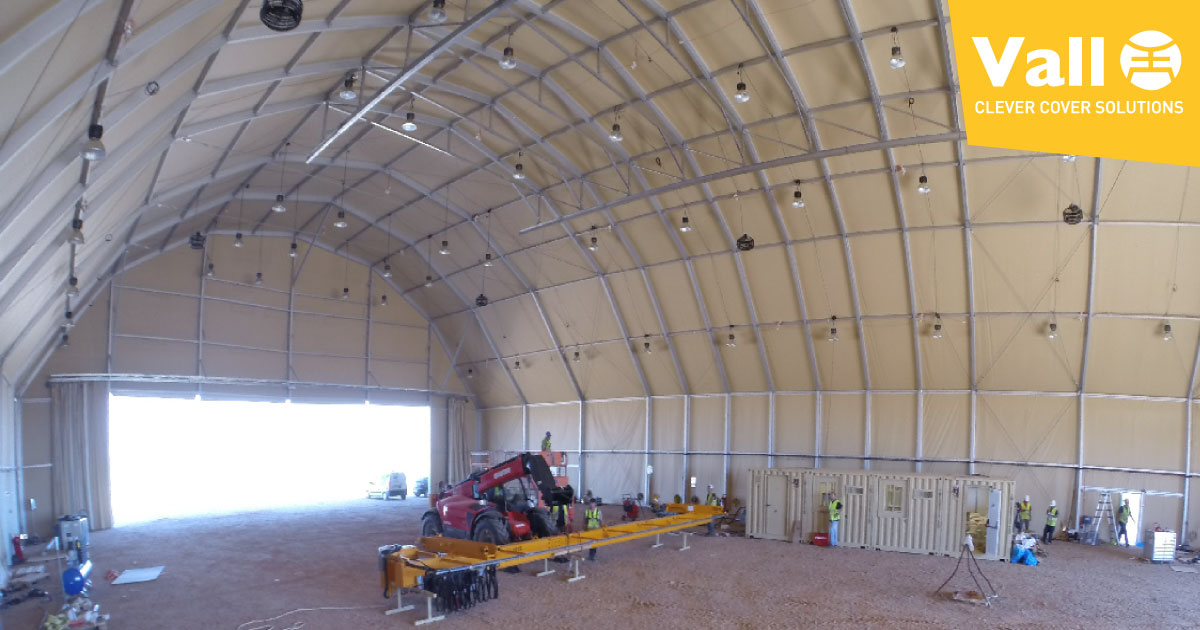 Did you know that the number of private jets has grown in Spain since the beginning of the pandemic and that there are 5000 airports and airfields in Europe where you can land in private jets? They are mainly used for leisure, business, executive and company flights. These small aircraft are usually kept at private airfields.

Enlisting the help of a removable hangar builder allows these airfields to accommodate more aircraft. And to do so in better conditions, something that undoubtedly appeals to private aircraft owners. A highly demanding type of customer.

Emergencies are, more often than not, unpredictable and unquantifiable. We do not know when they start or when they end. War conflicts or natural disasters, among others, are circumstances that, fortunately, are not constant. But when they do occur, they require a rapid and comprehensive response.

In these cases, the use of removable hangars becomes essential. Their quick installation and ease of dismantling, when the crisis is over, make them the only viable option for providing airports and airfields with the necessary infrastructure.

Seasonal tourism means that at certain times of the year, in specific places, air traffic is immense. However, many of the aircraft that cover these routes during these periods are not occupied during the rest of the year and must be protected in a hangar of the highest quality and performance, so that they can be put into operation with the minimum possible resources as soon as the high season resumes.

The removable metal hangars with high quality finishes, such as those designed, manufactured and assembled by VALL, provide ideal spaces for good maintenance, at a very economical cost, which extend the useful life of these aircraft while they are inactive.

The logistics sector is probably the sector that most demands the services of a removable hangar builder.

The challenges of logistics require new solutions. Global trade and new forms of consumption are boosting the development of aeronautical logistics, and the use of demountable hangars is a great opportunity to locate new storage and distribution platforms.

A detachable metal hangar can be installed in a few days in a logistics centre, close to large cities, at a low cost and, above all, closed, without setbacks or surprises. Moreover, in these cases, a tailor-made hangar allows not only the storage of light goods transport aircraft. But also to have spaces prepared for the treatment of these goods in a suitable way, below deck.

6. Other common uses of hangars for aircraft operating in the shortest possible time:

At VALL, as an industrial group building demountable hangars for aircraft, we provide solutions that can be installed in a few days, with the highest quality materials and systems, and fully customised features.

If you need a hangar and want to know the advantages of these products or have any doubts about them, call us and we will advise you without obligation. 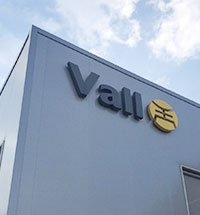